Back to: Historic 75cm Swords 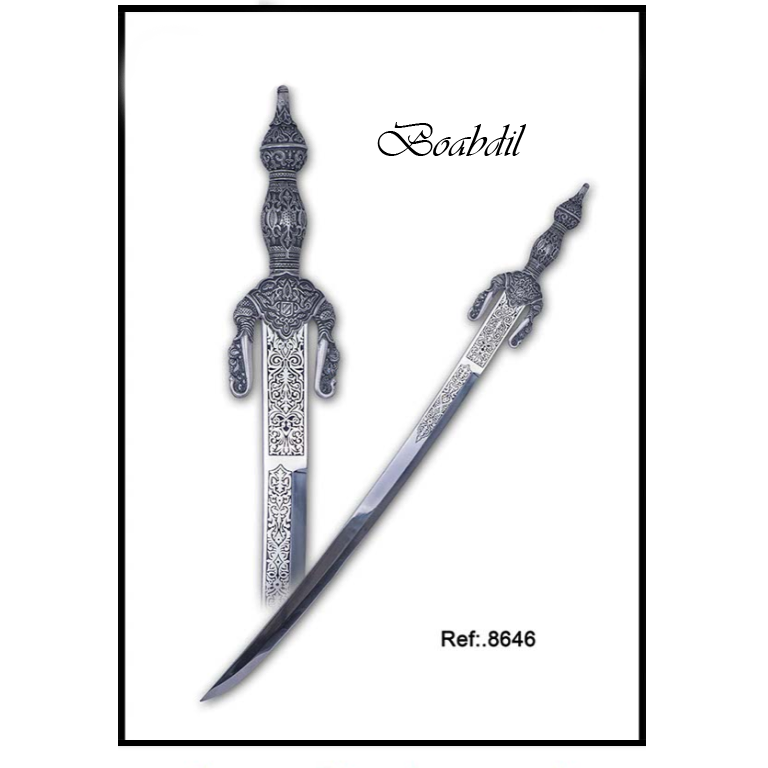 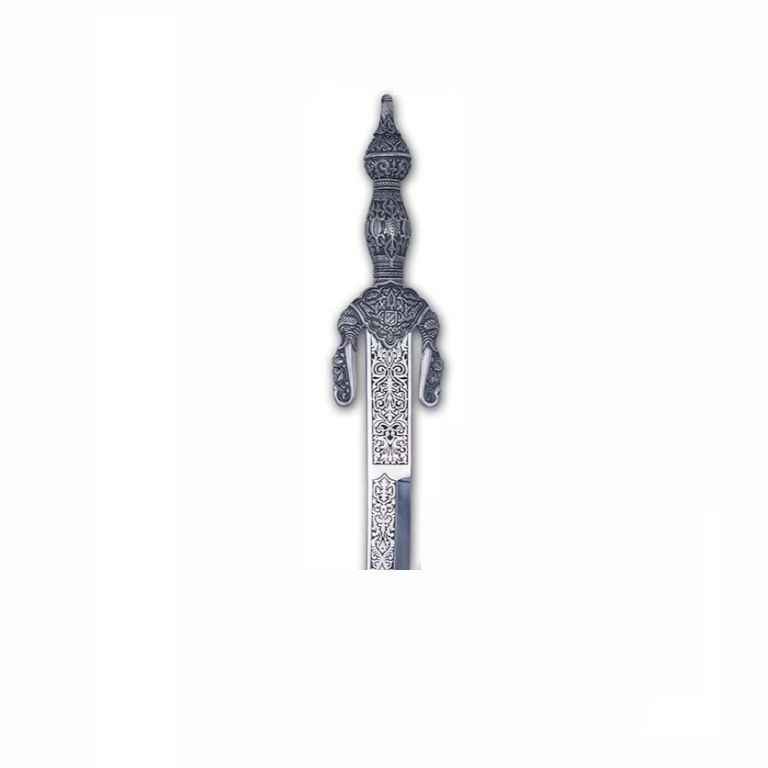 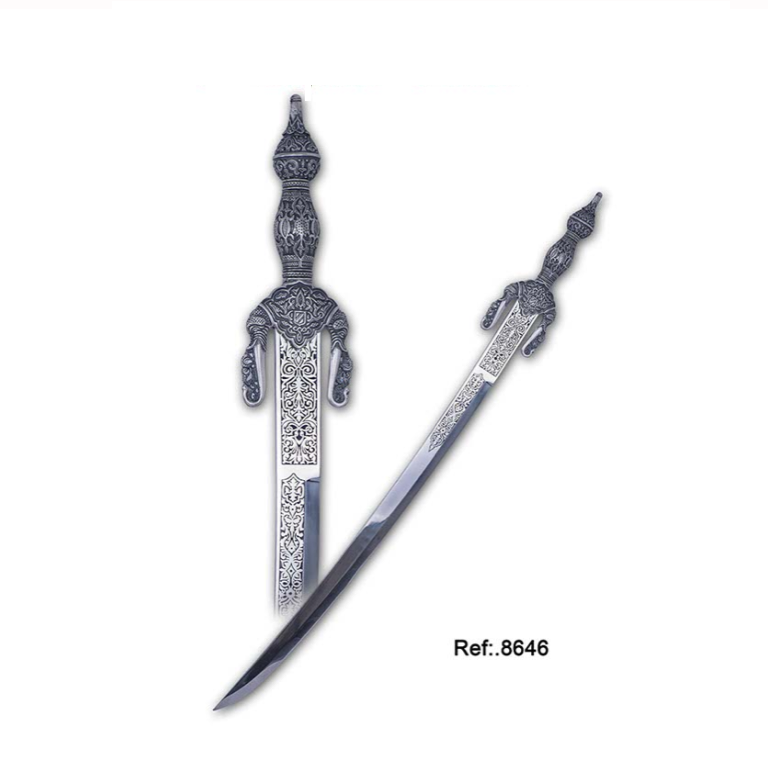 Abu `Abdallah Muhammad XII ( أبو عبد الله محمد الثاني عشر‎ Abū ‘Abd Allāh Muḥammad al-thānī ‘ashar) (c. 1460 – c. 1533), known to the Castilians as Boabdil, was the twenty-second and last Nasrid ruler of Granada in Iberia.
Son of Abu l-Hasan Ali, sultan of the Emirate of Granada, Muhammad succeeded him in 1482
Muhammad XII soon after sought to gain prestige by invading Castile. He was taken prisoner at Lucena in 1483. Meanwhile, his father returned to power and then in 1485, his uncle Muhammed XIII, also known as Abdullah ez Zagal.
He only obtained his freedom and support to recover his throne in 1487 by consenting to hold Granada as a tributary kingdom under the Catholic monarchs and not to intervene in the Siege of Málaga (1487), in which Málaga was taken by the Christians.
By the beginning of 1491, Granada was the only Muslim-governed city in Spain.
In 1491, Muhammad XII was summoned by Ferdinand and Isabella to surrender the city of Granada, which was besieged by the Castilians. Eventually, on 2 January 1492, Granada was surrendered.

Legend has it that as he went to exile, he reached a rocky prominence which gave a last view of the city. Muhammad XII reined in his horse and, viewing for the last time the Alhambra and the green valley that spread below. The place where this allegedly took place is today known as the Suspiro del Moro, the Moor's sigh. He grieved his loss and continued his journey to exile with his mother.
Spanish chronicler Luis del Mármol Carvajal wrote "Muhammad XII died near the Oued el Assouad (Black River) at ford told Waqûba during the war between the Marinids and the Saadians."

Certificate of Origin and Quality. Made in Toledo, Spain.