Back to: BATTLECRY COLLECTION 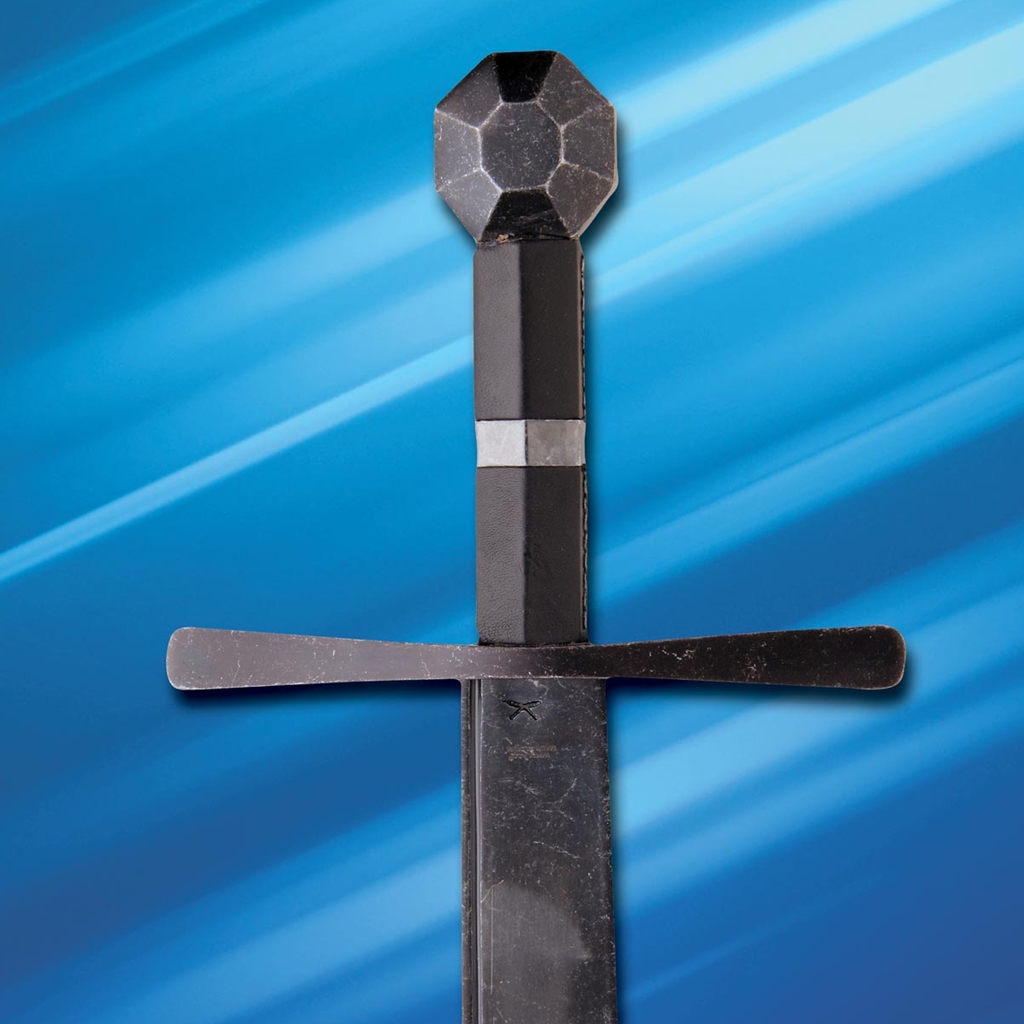 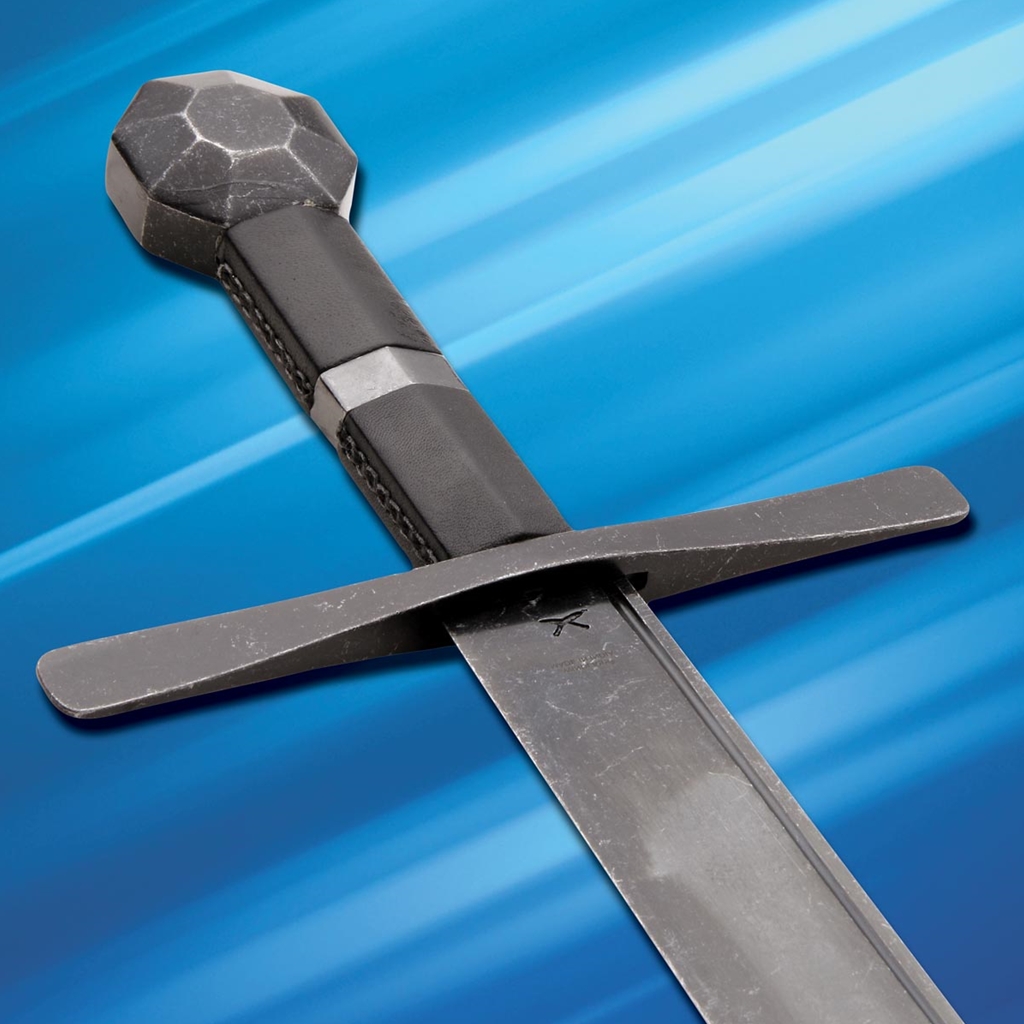 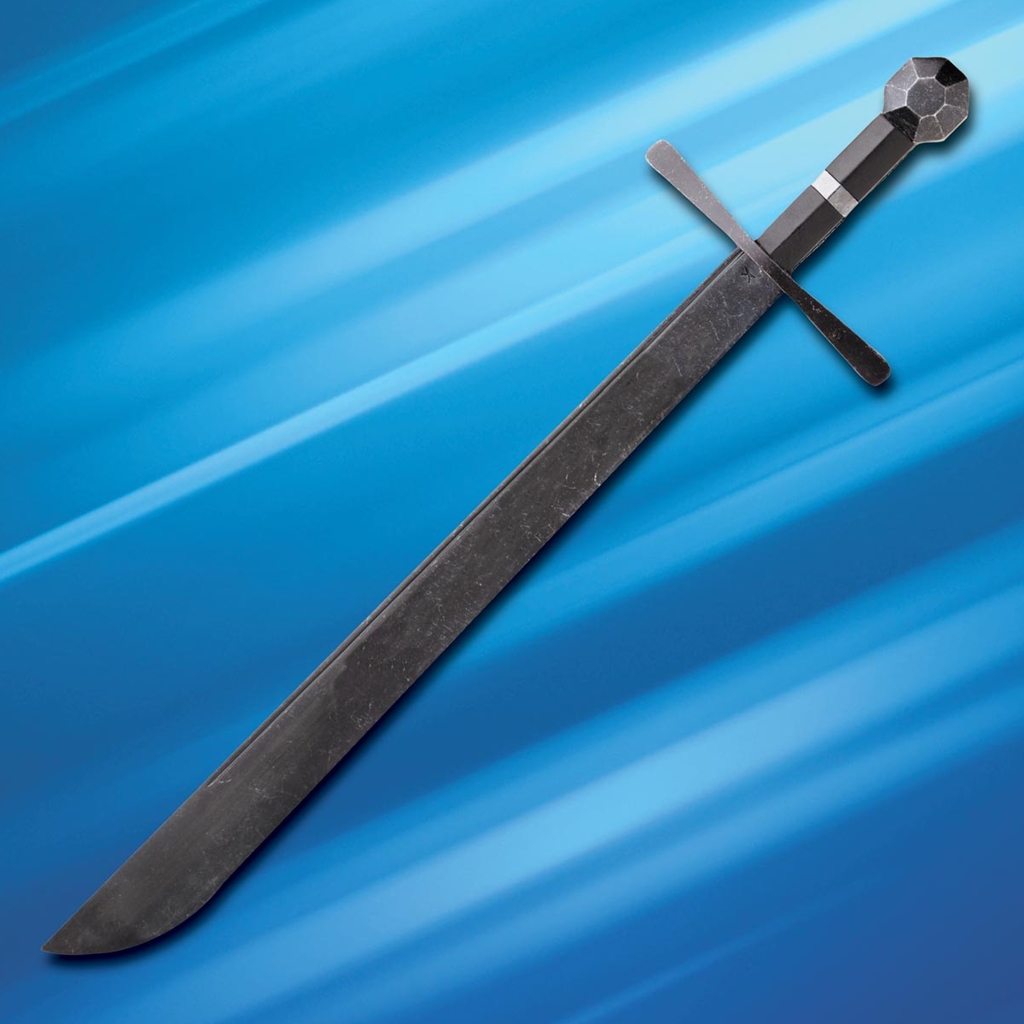 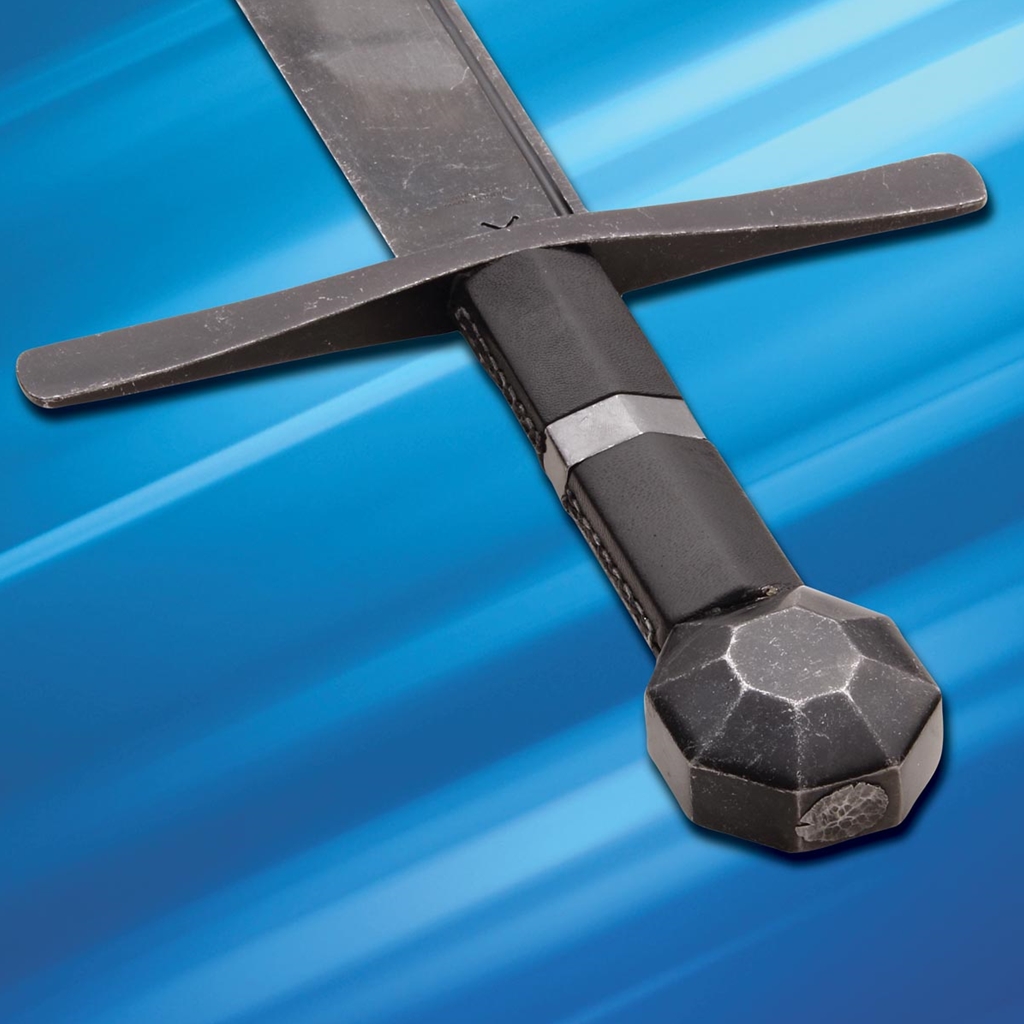 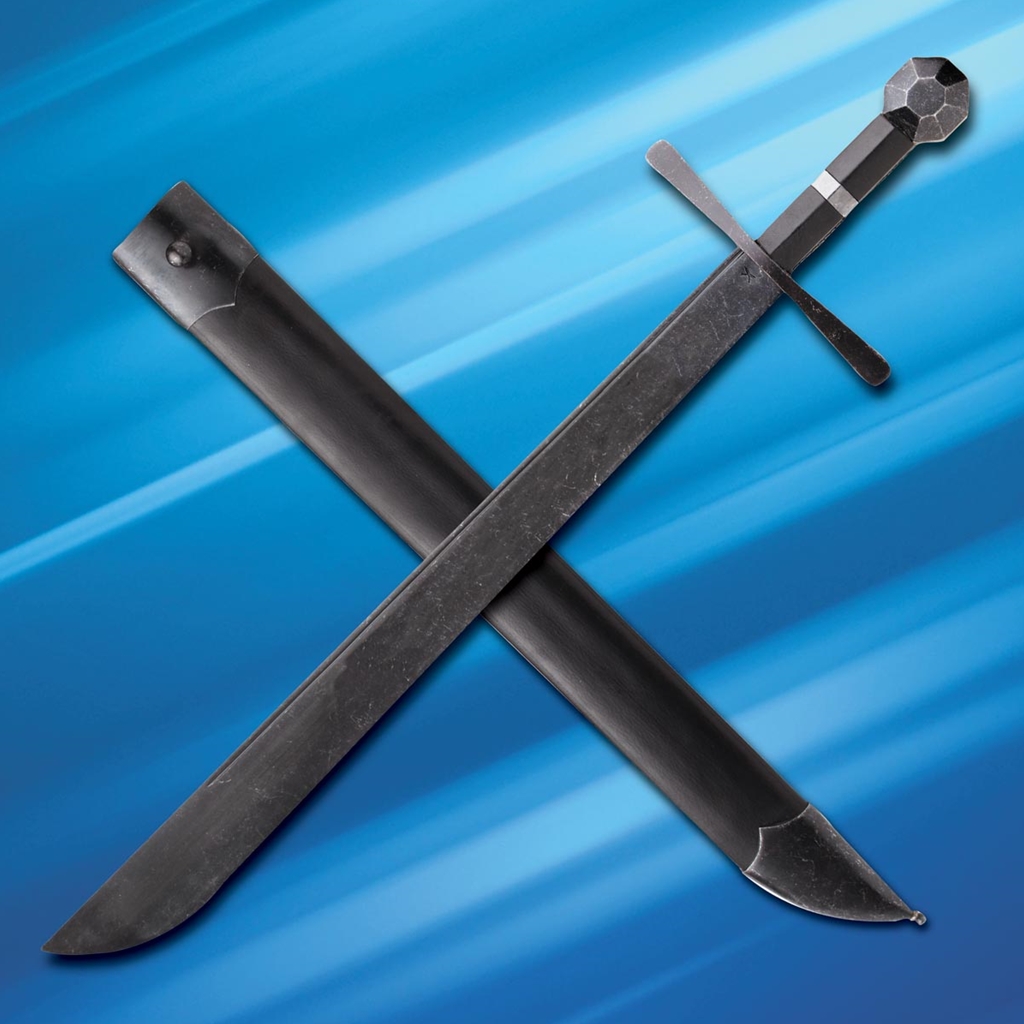 This medieval Hattin Falchion is from Windlass Steelcrafts' Battlecry collection. Designed specifically to be used and made from 1065 high carbon steel with a darkened, battle-hardened finish, extra wide tang and tempering to a low 50's RC. This pre-sharpened blade has gone through rigorous testing. The hands-on nature of the manufacturing by master smiths makes this line unique. Includes a matching scabbard with belt stop, custom packaging and certificate of authenticity signed by each smith that touched your blade through every step of the forging process. The Hattin offers a sharp front-loaded blade whose center of percussion is capable of tremendous cleaving blows and chopping strikes. Yet, its center of gravity is well-balanced enough for a quick center-of rotation that gives its curved point impressive play. It is a serious cutting blade not for the weak-of-heart or weak-of-arm. Whether noble knight or common man at arms, it’s a prime example of this lesser known and under-appreciated European sword form.

Falchions were a family of single-hand Medieval and Renaissance swords that included the Messer, Storta, Braquemart, Badelair and Malchus, among others. So named for it’s single-edged “falcated” blade, from the Latin falcātus and falx meaning sickle, it refers to a sword that widens or curves forward at the point. Tracing its roots far back to Greco-Roman forms, the falchion has its own distinct aesthetic. No mere scimitar from the East, this is an indigenous European sword form that came in immense variations of shape, size, point design and hilt style. The Hattin follows one of the more popular Medieval versions, such as the famed Conyer’s falchion, with a surprisingly maneuverable convex shape matched to a classic cruciform hilt. Throughout the history of war and fencing these robust weapons filled a much needed role for a short powerful blade. A true working-man’s weapon, the falchion served as a kind of “temperate zone machete” as well as fearsome tool of war. While sometimes lacking the cut to thrust versatility and warding capacity of a straight double-edged arming sword, it made up for it with a robust design that permitted viciously powerful blows.

The Battlecry line of historical swords, daggers and axes has been designed in conjunction with John Clements, whose knowledge of historical fencing and Medieval and Renaissance fighting methods is unsurpassed. Hand forged by Windlass Steelcrafts, the 1065 high carbon steel is tempered in computer controlled ovens to an RC in the low 50's. This ensures strength, resiliency and edge retention. Swords have extra wide full tangs and all weapons are sharpened.

Each model has been put through rigorous physical testing to exceed industry standards. These battle tested weapons have a stone washed, blackened finish. Each is individually inspected at every step of the manufacturing process, and only after passing inspection they receive the armorers stamp on the blade. A certificate is included with each, signed by the craftsman that worked on your blade. Also included is a matching sheath and, when applicable, frog.